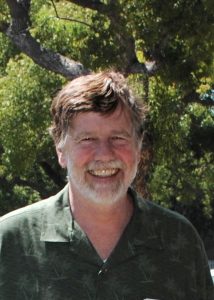 After completing my D.Min. from the University of Creation Spirituality, I knew I was not done with my late life transformation from clinical psychologist to mystic and writer. I needed to confirm my calling and feel the blessing of a meaningful religious community, so I enrolled at ChI. My ordination sermon summarizes what ChI meant to me.

The poet William Stafford says (The Way It Is by William Stafford), “There’s a thread you follow. It goes among things that change. But it doesn’t change. While you hold it you can’t get lost. Tragedies happen; people get hurt or die; you suffer and get old. Nothing you do can stop time’s unfolding. (But)You don’t ever let go of the thread.”

I have been following such a thread my whole life. Only now do I really understand its goal. For me, this ceremony is not about being ordained for a particular ministry or work but to a Mystical Consciousness that reveals all life to be Sacred – not as a metaphor but as a lived and witnessed reality. Looking back, I realize this has always been my calling, through psychology, writing, spiritual growth, and seminary. It is the calling of the mystic to the Sacred.

So, when my professional life came to an abrupt end seven years ago, I knew it was time to pick up my thread again. I went first to the University of Creation Spirituality for a Doctor of Ministry degree and then to ChI, this wonderful interfaith seminary, for ordination. And I discovered that when you choose the path of ordination, sooner or later it will choose you, and then a brand new life begins.

And for me, too, Aging is also part of this calling-thread. I am being ordained not to a career but to a time of life with its unique consciousness and tasks, which for me include:

1. The Awakening of Unconditional Love for Family, Friends and the World Itself

2. Writing and Teaching about Spirituality (including the spirituality of aging)

3. Living in the Mystical Consciousness of Heaven on Earth which is here now when we’re awake enough to see it.

In sum, for me, Ordination is about stepping into the Divine World so that everything I do now is part of my calling and every action I take is a sacred action. Ordination is a baptism sanctifying my life, my aging, and my new role as a spiritual elder. If ordination represents a sacred covenant with Divinity and Religious Community, then this is mine, and I now step across its threshold. Thank you, ChI. Thank you, family. Thank you, God. Namaste.

Since my ordination, I published eight books on the integration of psychology, spirituality, mysticism, and activism in the second half of life – a rich harvest from a beautiful and inspiring experience. As a mystic, I now live increasingly in the consciousness described in my sermon.