Joint Program with Starr King School for The Ministry 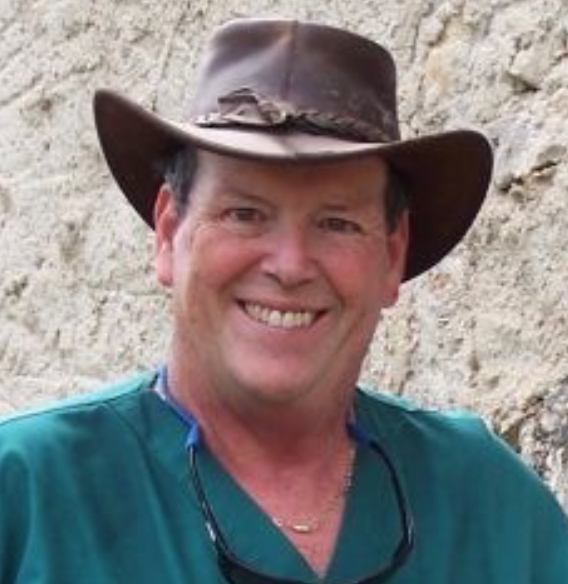 READ ABOUT HIS EXPERIENCE

Why did you discern to Seminary?
I was somewhat forced into retirement by the 2008 financial crash.  I taught a couple of courses on Sustainability and then joined and led several non-profit Boards of Directors.  My wife began pushing me to decide what I was going to do with the remaining third of my life as both my parents had lived into their 90’s.  My mother came to live with us for her final 7 1/2 weeks of life.  The Hospice Chaplain who came to visit with her modeled a chaplaincy that I could see myself doing.  I was so taken with the idea that I actually talked about it with my mother during her final week of life, and she gave me her blessing.

How did you decide to attend CHI ?
My mother’s chaplain was in one of the first CHI groups to get ordained.  As my wife was the Associate Medical Director of her Hospice, I was able to meet with her and begin my discernment process.  It became clear that I wanted to get a bifurcated education as I wanted to prepare for both a hospice chaplaincy and an Earth Justice/Climate Change ministry.  As a practicing Jew, being ordained as an Interfaith chaplain/minister felt to me as though I would not have to give up my Jewish Soul.  It was also clear to me that I would need a Masters in Divinity degree if I chose to return to a paid, professional position.  The agreement creating the CHI /Starr King Joint Program was signed the week before I called Starr King and asked for an application form.  As soon as I became aware of this joint program, I was sure that this was the place for me.  In addition, Starr King offered both high and low residency classes so that I would not have to be away from my beloved wife and our home and property for long periods of time.

Now that you are in the Program how do you feel about it?
There is no greater luxury than to be a graduate student at age 68.  Given the degrees I have already earned earlier in life, I have nothing to prove academically to anyone.  I am reading widely in areas I had previously chosen to ignore.  I am writing almost daily.  I am getting excellent feedback from both faculty and my fellow students.  I am learning a great deal about myself, what I believe, how I interact with others, and am building networks of colleagues for the rest of my life, which I hope will be long and allow me to serve in new and extraordinary ways.

What kinds of ministries do you hope to serve in?
Hospice Chaplaincy and Earth Justice/Climate Change Ministry.

ARE YOU CALLED TO THE MASTERS PATH?

To receive “board-certified chaplain” status from the Board of Chaplaincy Certification, Inc. (BCCI), an affiliate of the Association of Professional Chaplains (APC), requires a 72-credit Master’s degree (or its equivalent) from a seminary accredited by a member of the Council for Higher Education (such as SKSM), and endorsement/support by a recognized faith group. The ChI Interfaith Community is a religious, ordaining entity that has been recognized as an Ecclesiastical Endorsing body by both the APC and the ACPE (Association for Clinical Pastoral Education).  This “ChI -SKSM Joint Program for Interfaith Chaplaincy” is especially intended for students whose vocational aim is to become a board-certified chaplain.

Beginning in May 2014, The Chaplaincy Institute (ChI ) and Starr King School for the Ministry (SKSM) have been formally affiliated through our Joint Program for Interfaith Chaplaincy. The purpose of this affiliation is to integrate the ChI Certificate of Interfaith Studies into Starr King’s accredited master’s degree programs (Master of Divinity or Master of Arts in Social Change), thereby providing a pathway for students to meet both the educational and ecclesiastical requirements for certification as a professional chaplain.

In an era where chaplaincy is taking many new forms, and in many different and new contexts, it is good and right to be engaged in the work of preparing religious leaders who will be able to mindfully respond, in a broad variety of religious traditions with respect, preparedness and compassion.  This is a core value for both schools.

Through this affiliation, CHI and SKSM agree to admit students jointly, allowing students to pursue both a CHI Interfaith Studies Certificate and a SKSM M.Div. or M.A.S.C. degree concurrently, with the CHI certificate as an integral component of earning their SKSM degree.   A total of 18 credits towards meeting the requirements of an SKSM M.Div. or M.A.S.C. degree will be awarded to students who commit to and complete the full CHI program as part of their SKSM degree.

In 2015, CHI ‘s Interfaith Spiritual Direction Certificate Program was acknowledged as also being included in this affiliation, with 8 units of credit given toward Starr King’s master’s degrees.

In the preferred and usual circumstances, it is expected and encouraged that a student will apply for joint admission prior to beginning either school’s program. Please submit Joint Program application materials. Once accepted by both schools, students can complete the enrollment process and begin studying at SKSM in January or August and the following applies:

If a CHI student who has completed part or the entire CHI program(s) wishes to apply for admission to a SKSM Master’s program (M.Div. or M.A.S.C.), the student will be welcome to do so.  If admitted, SKSM will specify the academic credit for the part of the CHI program that the CHI student has completed; this amount will be applied to the total credits required to receive the degree being pursued.  These students need to meet the requirements of students transferring credits to SKSM.

If a SKSM student who has completed part of their SKSM M.Div. or M.A.S.C. degree wishes to apply for admission to either CHI certificate program, this is possible by joint agreement of the two institutions. In general terms, this is possible only in cases where the student still needs 18 or more credit hours to complete their SKSM degree and has a clear vocational plan to become an interfaith chaplain or spiritual director or feels a call to interfaith ordination. SKSM students who wish to apply to CHI later in their program must submit an application to Rev. Chris Schlein, the Director of Contextual Education; admission would follow upon approval by both SKSM and CHI leadership.  Students who pursue study at CHI must follow the SKSM requirements listed above for new students into the Joint Program. Additionally:

THE WORLD NEEDS YOU, NOW

GIVE
Go to Top