A Journey of Inter-Faith 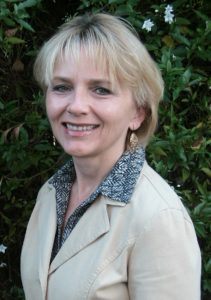 Insight into my interfaith journey can be tracked through my understanding of three little words: “We are one.” Starting about six years ago, I found myself drawn to this simple statement. The words represented a distillation of faith that felt like a mandate from God.

Because I so wanted to believe the words in a non-superficial manner, I would repeat them over and over, like a mantra. To me, owning a belief in our connection to the universe was essential to faith. Yet as hard as I tried, my understanding of the concept of our oneness remained intellectual. I could speak the words, because they seemed like the right thing to say. Yet my heart could add nothing to the conversation—its apathetic silence spoke volumes.

Then, four years ago I began to study Creation Spirituality, through which I was introduced to the teachings of Christian mystics. To me all of the mystics proclaim the same message: There is a God of unfathomable love, and the spirit of this God permeates all creation.

The mystics believed that union with God could be obtained by following an inward path. This meant I no longer needed to follow pre-prescribed avenues of prayer that had been an integral part of my Catholic faith community. What a relief! For me, rote spiritual practice, like attending Mass or reciting memorized prayers, had come to feel vacant. It felt as if I had been using a rosary to try to flog dead practices into a living prayer life.

My growing connection to the mystics gave me the confidence to trust my own intuition in knowing how to nourish and care for my soul. As stated in the Qur’an, “They [God’s messengers] are the ones whom God guided, so emulate their guidance” (Surah 6, verse 90). 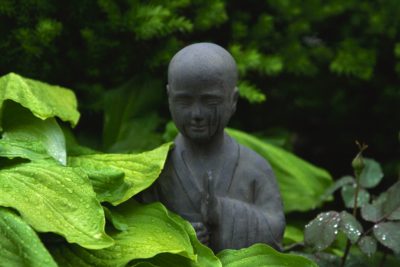 By the time I had completed the Creation Spirituality program, something had shifted. Instead of spirituality coming from my head, it was welling up from my heart. I had come to a point where the words “we are one” had become embodied within.

A year ago I enrolled at The Chaplaincy Institute (CHI ), expecting that interfaith studies would present various religions as distinct topics. I likened it to cooking, where everything is food, yet soup, salad, the main course and dessert are distinct and are enjoyed separately. Similarly, I thought Islam, Christianity, Judaism, Buddhism, etc. were all distinct as religions, and were not necessarily related to each other.

Yet through study, prayer, and experience of various faith expressions, the words “we are one” have once again evolved to a new meaning, informed by mysticism. This mystical perspective became apparent to me while studying Islam. I was struck by the following passage in the Qur’an:

“And hold fast to the rope of God everyone…for…God united your hearts, so you became brethren by the grace of God. … Thus does God manifest signs of the divine to you, that you may be guided.” (Surah 3, verse 103)

I had a mental image or vision of myself standing on a road, as a Christian, with a representative of Judaism behind me and and a representative of Islam standing ahead. I felt an emotional connection with all three religions. Simultaneously, I had a transcendent feeling of being a part of a continuum.

I have come to realize that everyone associated with transmittal of spiritual truth—be it a mystic, prophet, or son—has struggled to convey the experience of God in a manner that people could grasp at their deepest level. My awareness has expanded to include all of the major religions of the world (that I am aware of) as being versions of an incomprehensible truth that spans all dimensions of time and supersedes all manifestations.

Although people appear separate in belief, all are actually one in trying to realize the same truth. As stated in the Qur’an, “Oh, it is by remembrance of God that hearts are satisfied” (Surah 13, verse 28). Although there are many religions, our common truth is “remembering” that God is one.

The Qur’an states, “What is with you must vanish” (Surah 16, verse 96). As I allow my thoughts of separateness to vanish, a revelation appears. “We are one” emerges as a mystical truth that is ego-shattering and spirit-bursting. To be Interfaith is not to impose myself upon a particular faith, but to allow different religions’ beliefs and practices to sprout green shoots in my soul.

Any mystical knowing, or gnosis, is a gift of grace from God. Gifts cannot be bargained for, nor can they be forced. However, I believe interfaith studies, such as those offered at CHI , prepare the ground of the soul for revelation to sprout.

My prayer for all is that we languish in and reap the gifts of realized oneness that can be attained through grace, prayer and traveling the path of faith by honoring all faiths. For, as the Qur’an states, “The destination (of all) is to [God].” (Surah 35: verse 18, Ali trans.).

The Holy Qur’an: English Translation of the Meanings and Commentary, based on the translation of Ustadh Abdullah Yusuf Ali, revised and edited by the Presidency of Islamic Researches, IFTA, Saudi Arabia, 1405 AH (1984).