At the Bedside of Mother Earth: A Call to Eco-Chaplaincy

As a Hospital Chaplain, I am often called to the bedside of a patient who is in the last stage of life. I have seen many reactions to the dying process. Sometimes dying can be peaceful, but other times it can be a difficult death, distressing for those who witness the passing from life to death. 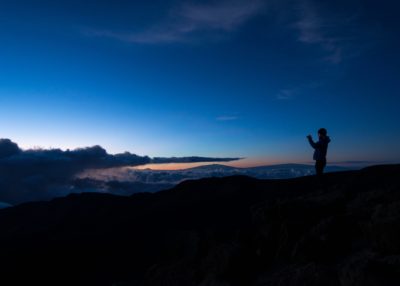 During my training at CHI and a CPE Residency with Stanford University Hospital, I was trained to hold a ministry of presence. For me this means to be present for the person and hold sacred space for whatever the patient needs. In this ministry of presence, I typically say very little, leaving space for the person to speak their truth. In the dying process, the patient is usually beyond the place of words. So often I just sit at the patient’s bedside and hold this sacred space for transitions.

In addition to serving as a chaplain, I have also been trained to be a Spiritual Director and a Shamanic Practitioner. All three of these trainings have helped me to deepen my ministry of presence, honoring the silence and sacred space during times of transition. Little did I know that all of these practices would be key to me during a difficult time of transition for Mother Earth.

Suddenly one day, I became painfully aware that our Mother Earth was ill. I woke up in the middle of the night and heard her low, mournful cry and I knew that she was in a painful state. Imagine my shock that she was calling out to me! Even though I knew that she was showing signs of illness, I could not imagine that my dear Mother, the giver of life, could be in such pain.

When I learned of her illness, I went immediately in search of information about what others were saying about the Earth’s situation. I soon learned that many people are speaking up about environmental problems and their growing concern for the Earth’s health. Some speak of ways to change the course of the illness and offer steps that can be taken to heal it. Others point to causes of the illness. Still others are in denial that this illness is happening at all.

As a spiritual person, my first reaction was to use my spiritual practices of prayer, meditation and shamanic journeying for answers to questions I had about Mother Earth’s illness. In one shamanic journey, I was told that it was important that I spend time with Mother Earth … that I sit with her, listen to her, be a chaplain to her, hold that ministry of presence with her, and do sacred listening. So I followed spiritual guidance and began to sit with Mother Earth.

I soon learned that she is declining in health. Her temperature is rising, her skin is dry and cracking, her fluids are out of balance. Sometimes she is disturbed, blustering and howling uncontrollably. Sometimes she cries so much that flooding results. Those who know her the best, seeing a major change in her nature, are wondering what will become of her.

I heard an urgent call to be present to Mother Earth, and I believe that this call is a call to be an Eco Chaplain. In my heart I know that sitting at the Earth’s bedside, showing up, being present, holding silence, and listening … this is what I need to do.

Here is the call I heard:

As an Eco Chaplain, I spend as much time as possible, sitting in silence touching and listening to the Earth. She has spoken in sadness about how she has lost touch with her children—how they do not touch her, speak to her or listen to her. She has spoken of her children who are running around so frantically that all their activities have hurt her heart. She has spoken of being poisoned and injured so badly that she can no longer heal enough to get better. 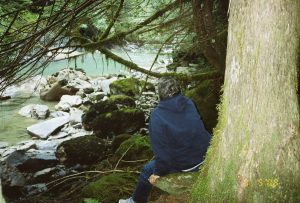 Many things that her children have done have saddened Her. As any Mother does, she still loves and cares for her children. As She spoke, my heart felt her pain and her sadness. but also her love for all of her children.

As I write this, we have entered a time when the veil is getting thinner. I know that my time needs to be spent with Mother Earth and that I need to touch her as I listen to her. Mother Earth is ill, and as her daughter, a chaplain, and a shamanic practitioner, I will touch her and sit with her and listen. I will walk lightly with her and hold her with love and respect.

I ask you to join me by walking lightly, touching, listening and honoring the Earth.


Wisdom from Father Thomas Berry in The Dream of the Earth and Evening Thoughts: Reflection on Earth as Sacred Community

“We need to realize that the ultimate custody of the earth belongs to the earth. Our best procedure might be to consider that we need not a human answer to the earth problem, but an earth answer to an earth problem. The earth will solve its problem, and possibly our own if we will let the earth function in its own ways. We need only listen to what the earth is telling us.”  (Dream of the Earth, p. 35)

“What is available to us in the emerging Ecozoic era, a period of the integral Earth community when humans become present to the powers of the Earth in a mutually enhancing manner. For humans to do this will require that we appreciate and honor the principle that the Earth is primary and that humans are derivative.” (Evening Thoughts, p. 97)

“We need to present ourselves to the planet as the planet presents itself to us, in an evocatory rather than a dominating relationship. There is need for a great courtesy toward the earth. This courtesy we might learn from the Iroquois. Their thanksgiving ritual is one of the most superb ceremonies that humans have ever known.” (Dream of the Earth, p. 14)