Bring Your Own Numinous Self! Remembering Thomas Berry

On June 1st, 2009, Father Thomas Berry—a Passionist priest, scholar, professor and self-professed “geologian”—died at age 94. I write this column in celebration of his life and the Great Work. Blessings be upon you, Thomas Berry! 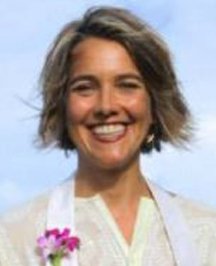 Visionary author of The Great Work, The Dream of the Earth, and The Universe Story (co-authored with Brian Swimme), Thomas Berry inspired many of us to create, live and practice a new story—the true story—the story that brings together religion and science, the physical and the psychic; and the story that celebrates the human role within the ever-expanding cosmic-earth process.

It is pretty common to look around these days and feel a sense of breakdown. A few weeks ago at the gym, I was in a darkened, sweaty room, riding a stationary bike with 20 other “spin class” junkies. The song accompanying our simulated bike ride was Bob Dylan’s, “Everything is Broken.”  Do you know it?

Drenched, breathless and spinning like a hamster on a wheel, my heart opened. I surrendered completely to the lyrics and laughed for a solid three minutes. The song rang so true for what I was seeing in the news and the conversations I was having with newly laid-off friends, or others losing their homes.

The progressive leaders continue to blog like mad, “Don’t resurrect what wasn’t working, re-invent! Make something new!” Their instructions echo the Hebrew Bible:

“See, I am doing a new thing!
Now it springs up; do you not perceive it?
I am making a way in the desert
and streams in the wasteland.” (Isaiah 43:19)

When everything around us appears to be breaking, the invitation is to move beyond breakdown, to breakthrough. The invitation has been heeded by so many already: consider the community gardens, the local Farmer’s Markets, the alternative economic and micro-credit lending practices gaining attention not just internationally anymore, but here, in the U.S., because there is such a need, such a hunger to try something new.

This activity illustrates the invitation offered in the work of Thomas Berry.  Always, Berry stressed the numinous nature inherent in all beings and particularly in each of us. In his ongoing effort to empower humans to create and live a new story, Fr. Thomas emphasized three universal laws to impress upon us the divinely co-creative role each of us must play in the story unfolding on this earth: continued differentiation, subjectivity and communion. As I attempt to highlight each law, I encourage you to find yourself in this story of ours and to identify the actions that only your numinous self can take to contribute to this urgent and beckoning chapter of which we are inextricably a part.

The simplest way to understand continued differentiation is to revel in the universe story, itself. Putting 15 billion years of history into several sentences, Berry observes the universe story as one, “in which each new level of being emerges through the urgency of self-transcendence. Hydrogen in the presence of some millions of degrees of heat emerges into helium. After the stars take shape as oceans of fire in the heavens they… eventually explode into the stardust out of which the solar system and the earth take shape. Earth gives unique expression of itself in its rock and crystalline structures and in the variety and splendor of living forms until man appears as the moment in which the unfolding universe becomes conscious of itself. Man… bears the universe in his being as the universe bears him in its being. The two have total presence to each other.”

For a moment, appreciate continued differentiation with me. Close your eyes. Imagine the Milky Way in formation, in turn becoming earth in turn, becoming oceans, mountains, wetlands, trees, animals of all sorts and then, your great-great-great-great grandparents! All these continued transformations, differentiating to become unique, and differentiating to become something new. And one day….the result is YOU. Each of us, a significant, brilliant transforming agent resulting from all that has been and in turn, shaping all that will be.

The variety of human manifestations is more extreme than any other species on earth. The awesome irony and struggle for us humans, is coming to see (again and again!) how similar yet uniquely individual we all are.

And that leads to the second law, subjectivity. Fr. Thomas doesn’t mess around with the importance of subjectivity: “Every being has its own interior, its self, its mystery, its numinous aspect. To deprive any being of this sacred quality is to disrupt the total order of the universe. Reverence will be total or it will not be at all. The universe does not come to us in pieces any more than a human individual stands before us with some part of his being.”

Subjectivity is about our own waking up. It is about our coming to know and honor the truths that make up our being. Subjectivity is how we discern our right work in this world and balance our own becoming internally, with all that is forming and shaping us externally.  In a world running wild with information and access, perhaps the best compass we have for our own subjective understanding of home is the earth, and acknowledging our connection to the million-years-old rocks, to the trees deeply rooted in the soil, to the salt and minerals found in water and plants as well as in our blood and our bones.

When we honor and respect our subjectivity, we stumble at once upon the third law, “the intercommunion of the universe within itself and of each part with the whole.” And in this place of communion, our real opportunity as co-creators comes to life. As fragments of the Divine Light, the choices and actions of our lives reflect and refract, informing each sentence of this great, interwoven story documenting our existence.

Are you feeling broken down? For so long (centuries!) our story has revealed a disconnect, a dis-association from our ecos. When we remember our origins, tightly fastened to the fiery stars, we can connect to the power in each of us to blaze a new trail. When we consider our surroundings, so intricately tied to the water and the land, we can take action to conserve and preserve the richness our livelihoods depend upon. And when we humble ourselves, offering thanksgiving for the gift of life’s cycles and seasons, we are able to value and cherish the miraculous, fleeting fragility of life right now—life, as it is, inviting us simply to bring our numinous self to breakthrough to the largeness of what is.

It’s quite an invitation. Don’t forget to RSVP!