Dreams and Dreaming in the World’s Religions

The scientific evidence is overwhelming and unambiguous: all human beings dream, whether they recall these nightly adventures upon awakening or not. The phenomenon of involuntary “rapid eye motion” (also called “REM”), in sleep and its association with dreaming, is readily observable and demonstrable in all people—and in all complex, warm-blooded animals as well.

The scriptures and sacred narratives of all the world’s many religious traditions also speak with a single voice on this question: human beings are in closer and more direct communion and communication with the Divine during our dreams than any other state of consciousness.

Curiously, at the same time, the actual practice of paying close attention to and analyzing dreams with an eye to discovering their deeper spiritual significance is generally disparaged and/or forbidden in the practices of all the more prominent religions (although it still remains a regular element in the customs and procedures of many less widely accepted, occult, nativist, and “fringe” churches and religious communities.) 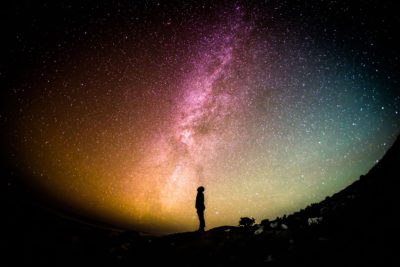 Perhaps the most important reason for this curious state of affairs is that all dreams, (even the nasty ones we call to call “nightmares”), come ultimately in the service of physical, emotional, and spiritual health and wholeness. Dreams shape and deliver their healing messages in a universal language of symbol and metaphor. The Swiss psychiatrist and historian of world religion, Carl Jung, (q.v.), called these repeating symbols and metaphors “archetypes of the collective unconscious” (q.v.). It is this ubiquitous healing and wholeness-promoting quality of dreaming is primarily responsible for the unambiguously privileged position that dream wisdom holds in the sacred narratives of the world.

The subsequent disparagement of dreams as a source of spiritual insight and guidance also stems directly from the privileged position dreams hold in world religious traditions: If actual work with dreams were not disparaged and forbidden, it would always be possible (and over time, ultimately would be inevitable) that anyone could lay claim to the special authority of dream revelation—since the experience of dreaming is universal and comes alike to all, regardless of class, caste, privilege, education, or special religious training. Indeed, if these dreamers also happened to be more or less scruffy and malcontent, then ironically their dream-inspired messages would be even more likely to carry weight and authority, because of the repeated association of scruffiness and malcontentness with the “authentic voice of prophecy” in virtually all religious traditions. In such a situation, it would be nearly impossible for any merely human authority, in any specific local gathering, to stand effectively against whatever heretical notions any community members might derive from their private and personal dreams, precisely because the transpersonal “scriptural authority” of dreaming as a means of direct communion with Divine is so clear and unambiguous.

Many “reform movements” within the major world religions have tried repeatedly to return to their respective scriptural practices of remembering and sharing dreams (at least at the beginnings of their reform efforts), in an effort to “restore” the “ancient covenant”, and return to a “purer” and “more direct” relationship the Divine—which they often feel has been betrayed, or at least made more distant and less effective, by the practices of the professional priest class. Again and again, at the idealistic beginnings of such reform movements in Judaism, Christianity, Islam, Hinduism, Buddhism, (and many others besides), the reformers begin by reestablishing the communal dream sharing and interpretation practices recounted and celebrated in their own sacred narratives, only to discover that the subsequent divisions and differences of opinion fracture and fragment the “solidarity” of the reform movement to such an extent that these practices are once again abandoned and “outlawed”.

The price that is paid for this disparagement of dreams and dreaming is inevitably an increased sense of distance from direct revelation and personal experience of “God’s Will”, as well as an increased rigidity in protecting the newly revised dogma from any further “heretical” revision. This repeating pattern is in itself an example of a repeating “archetypal drama”.

In the late 20th and early 21st centuries, particularly in the Western hemisphere, there has been a revived interest in remembering dreams and searching for their deeper psychological meanings and creative inspirations,  inspired largely by the clinical insights of Jung, Freud, and others. This “lay” dream work movement has also created renewed interest in the more spiritual levels of dream experience, and has led many individuals to add dream sharing and dream exploration to their personal spiritual practice, regardless of the specific religious traditions from which they come.

This article, from www.jeremytaylor.com/pages/religion.html, is republished with the permission of the author.