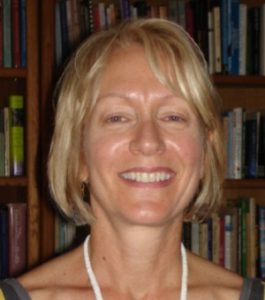 What do a Buddhist and a Progressive Christian have in common? While both traditions have a vision of life beyond earthly existence (reincarnation for Buddhists and eternal life for Christians), the focus is on living consciously, moment to moment.

For the Buddhist, training the mind is so that one may become of one heart, desiring to alleviate the suffering of others:  Compassion is not simply a warmth of heart toward the person before you; it is a sustained and practical determination to do whatever is necessary to help alleviate their suffering (Chodron, 2005). In other words, for the Buddhist, “Compassion is not true compassion unless it is active” (Rinpoche, 1994). 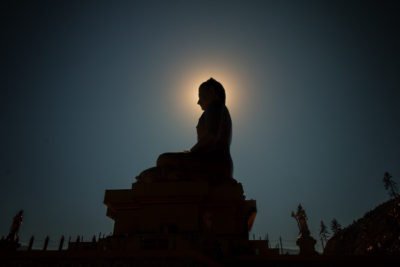 Furthermore, teachings of Jesus and the Buddha caution followers not to be “of the world,” to not be attached to status or wealth, which only brings unhappiness. The Buddha says, “Look on the world as a bubble; look on it as a mirage…the wise see through it, but not the immature” (The Dhammapada, 170). Christians are similarly told, “be not of the world” (John 17:14). “Do not store up for yourselves treasures on earth, where moth and rust consume and where thieves break in and steal…” (Matthew 6:20).

Fundamental similarities are striking: Both Jesus and Buddha call their respective followers to thwart conventional culture. Christians are called to be part of the “alternative community of Jesus,” away from a “lordship of culture to the life of companionship with God,” says Borg. Such a journey transforms us into more compassionate beings, “into the likeness of Christ.”  “Beholding the Spirit we are being changed into the likeness of Christ” (Borg, Meeting Jesus Again, p. 136).

According to Habito, “For Christians, spirituality is nothing other than a life of attunement to the Spirit (of God). Paying attention to one’s breathing in Zen is not simply a physical exercise that keeps one concentrated on one point, but the very abandonment of one’s total being to the breath of God, the here and now.”

The heart of being both a Buddhist and a Christian is the transformation of self and the world through divine union, living “the way” (Borg, The Heart of Christianity, p. 193; Easwaran, The Dhammapada, pp. 203-204).

As we come to know one another better, the distance between us shortens. The heart of interfaith is to explore more deeply who we are in relation to one another, so that we may become one awakened community on earth.