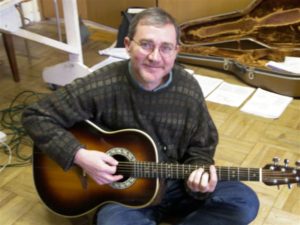 When I first began to study religious traditions other than my own, my mother became distraught. “You’ll become confused,” she objected, meaning that she was afraid that I would forsake the truth of Christianity if my mind were filled with so many “heretical ideas.”

I do understand her reticence. To honestly exchange ideas means to set aside, even if momentarily, the assumption that I am right. This, for some Christians, is very threatening. To think for a moment that a faith tradition other than my own might merit study flies in the face of the historical church’s exclusive claims. To admit that there might be some truth in Buddhism, for example, seems to contradict Jesus’ assertion that he is the “way, the truth, and the light.”

There are many ways to approach this “problem,” and many fine books have been written attempting to reconcile the exclusive claims of Christ with a pluralistic sensibility. I have been very much indebted to such scholars, and have come to hold the view that Jesus is indeed “the way, the truth, and the light”—for Christians. Muslims and Buddhists have lights of their own.

I have discovered that no matter what tradition you explore, you find a God that is relentless, irrepressible; a God who desires to be in relationship with human beings, who calls for us to live in harmony with Creation. God has not just chosen the Jews, nor the Christians. God has chosen every people, and the Spirit has spoken in every age and on every continent, “each in their own tongue.” Meister Eckhart in the thirteenth century gave us an image of just this sort of God, when he said “God is a great underground river that cannot be dammed up.” 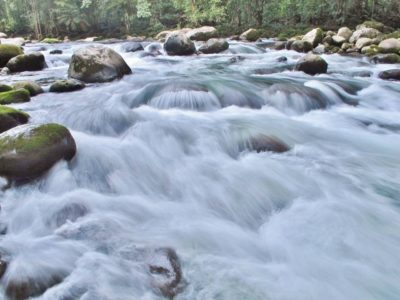 In a favorite story of mine of Sufi origin this image is echoed. The Sufi master comes upon a man who has been dabbling a little bit with Christianity, a little bit with Islam, trying this and that, but not making any real commitments in his spiritual life. The master counsels his disciple “Don’t go around, digging shallow holes here and there, trying out this and that. Pick one spot. Dig deep. You will hit water.” God is a great underground river, and each of our great traditions has a well.

My writing, preaching and teaching sample and compare the waters drawn from these wells. You may call them explorations into “Deep Ecumenism,” the title of the irregular column published in Creation Spirituality magazine I used to write, in that in everything I do I try to find the deep unity of the Spirit as it appears both in the Chrsitian tradition and in her wondrous sister traditions. I also like the phrase “speculative theology,” in that they are presented not as doctrine, much less dogma, but as mere meditations for one’s consideration. My favorite image, though, is Eckhart’s God as a Great Underground River, for their mysterious and common source. I hope, more than anything else, to invite people to dream, to stretch, to begin to reach out in friendship with our imaginations, and to share the vision of the Holy as seen through other eyes.

After many years, I can look back and say that it is true that my study of other faith traditions has changed me. It has done many things for me, but confusing me is not among them. They have, instead, inspired me, and enriched my spiritual life beyond measure. As for my mother’s fear of heresy, I have come to the conclusion that it is God who is the greatest heretic, unconcerned with any one group’s dogma or constraints. God, the great underground river, will not be dammed up. Neither our dogmas, nor our creeds or decrees will keep back this torrent. No priestly pronouncement will check the Spirit’s progress. No government, no church, no leader can stop it.

The divine presence will assert itself wherever there are people with ears to hear. The River is flowing, and we may drink or get swept off our feet. If we are lucky, we get to do both.