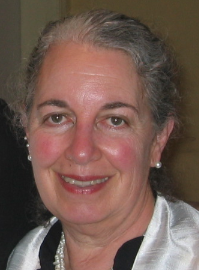 On March 30, the Chaplaincy Institute co-hosted an interfaith event with Grace Cathedral Episcopal Church in San Francisco: “Honoring the Life of Huston Smith, A Living Treasure of World Religions.” As part of the ceremony, Professor Smith received the Courage of Conscience Award, which has previously been awarded to The Dalai Lama, Rosa Parks, Julia Butterfly Hill, and others who have dedicated their lives to peace, justice, and service.

As Huston Smith has said, “In addition to our own traditions, we listen to the faiths of others. We listen because our times require it. Those who listen work for peace, for understanding brings respect. And respect prepares the way for a higher capacity, which is love.”

Huston Smith is one of the major inspirations for our studies of the world’s religions at The Chaplaincy Institute (CHI). He did not just write about the world’s religions, he lived them, researching and practicing many of them. Born in China into a missionary family, he had a window into Eastern philosophies and the larger world that was rare in his time. Thus from the beginning, he was able to communicate with and relate to practitioners of Eastern religions. 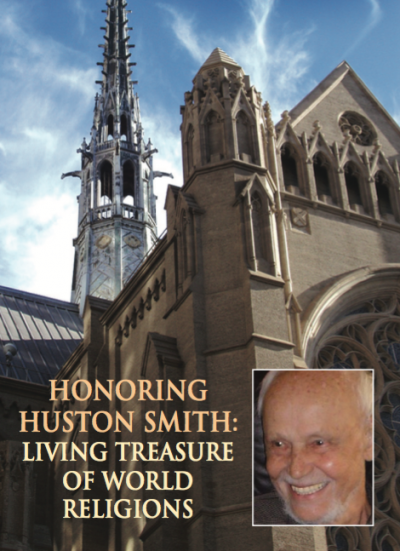 When I became a student at The Chaplaincy Institute, the first book I bought was Professor Smith’s much-loved book, The World’s Religions. Reading a chapter each month, I have found that his writings make entering into a particular religion easy and interesting.

I especially relate to a metaphor from the introduction to his book, which I have used many times when speaking of religion: Each of the world’s religions is a path up a mountain to God. Each of us finds ourselves on a particular path, based on a combination of factors: where we are born, what family we are born into, and/or the life-changing experiences that come our way in life. As we travel up the mountain, we grow ever closer to the Divine. If we were to take extra time to detour onto other paths to God and attempt to move those people onto our own particular path, we would never get to the top of the mountain.

I don’t believe that I have ever attended such an all-inclusive event as that which honored Huston Smith. From the Native American drumming and chanting which opened and blessed the occasion, through the Whirling Dervishes which flowed like water yet opened like flowers, and on through the various Buddhist and Hindu priests who extended their blessings over us all, the time was full of spirit and joy. Huston Smith’s pleasure in the ceremony was clearly that of one who had immersed himself in a lifetime of multiple expressions of prayer, gratitude, and love of the Divine in all of its human permutations. For my part, I went home singing!

This deeply moving event was Interfaith at its very best. Each of the presenters, all leaders in their own right, came with dignity and humility to honor Huston Smith for opening the doors and building bridges among the faith traditions. Hearing the Dalai Lama’s words read was special, as was the touching excerpt of the film by Jon and Anna Monday about his life. I especially loved the clip by Bill Moyers in “The Wisdom of Faith” about how Huston Smith’s path unfolded.

Sitting in the back of Grace Cathedral to “mind the store” during the ceremony, I had a unique view of the proceedings. From there, I was fortunate to be next to Huston Smith as he was helped to walk from the Cathedral. I could see—in the face of this aged, wise man with a sparkle in his eyes—the same face that I had seen on that little boy on the screen. What a joy it was to be able to tell him ‘Thank You’ myself, and to receive that great smile in return.

Postscript by Gina Rose Halpern, Two Weeks After the Celebration:

Over the past days I have been thinking about how, as Huston enters this stage of elderhood, his spirit shines so bright.

Today I visited him in his home, where we toasted each other with glasses of sparkling water. He has been to so many events over the years, he said, but “I don’t remember an event comparable to our time at Grace Cathedral. It was impeccable and glorious.” His eyes sparkled with the memories.

I asked Huston if he would like to make a statement to our school to be included in our newsletter. He paused and then said, “In this time when religion is assuming increasing importance—for both good and ill—it is wonderful to have an institution like The Chaplaincy Institute which teaches people how to respect other faiths without falling into relativism.”

Huston’s greatest gift to us is more than his books. His message is one of unending passionate inquiry. He encourages us, with delight, to ALWAYS keep the discussion open, holding our minds and hearts alert and curious as we seek the workings of God: in all forms and beyond all forms.

Rev. Suzanne Nichols, Rev. Shelby Morales, and Rev. Nancy Schluntz contributed to this article during their interfaith studies at CHI.