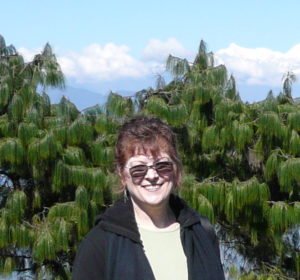 It is hard to believe, but Sacramento, California is the most culturally diverse city in the United States. Nowhere is that diversity more evident than at Methodist Hospital, located in the southern part of Sacramento. Last June I was hired as Methodist Hospital’s “long-term temp” chaplain. Was I ever glad I had flown as an International Flight Attendant—and was I ever glad I attended The Chaplaincy Institute!

Hospitals are scary places where weird and painful things take place. As a result, many patients find it reassuring to see God’s countenance blessing them. For Hindus, this “Darshan” is especially important. On any given day there will be pictures of Ganesha, Shiva—Mahadeva and/or Nataraja—Parvati, Lakshmi (invoked, no doubt, to help pay the hospital bill), Hanuman, Krishna, Rama, and Sita in patients’ rooms, including pediatrics.

Then there are the various Buddhas: Amitabha for our Vietnamese Buddhist patients; Tara (Green and White), Chenrezig, and Avolaketishvara (4-armed and 1000-armed) for our Mahayana Buddhist patients. Our Muslim patients receive inscriptions of Al Fatah, the opening verse of The Qur’an. I also have several versions of Christ the Good Shepherd, Christ with Children (for Pediatrics and Neonatal ICU), Virgen de Guadalupe (for Hispanic patients), and Saints Francis and Jude (lost causes) and rosaries for our Catholic Christian patients. 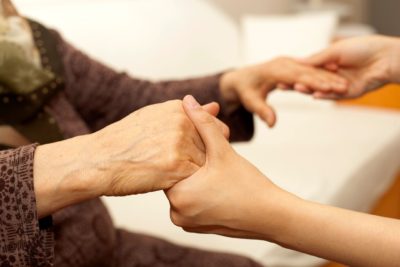 The staff has finally adjusted to me and my traveling “Rogues Gallery” of religious images, and they are no longer surprised at what or who they see hanging on the walls and bulletin boards in patients’ rooms. Their adjustment to the sound portion of my traveling show, however, is going more slowly. Buddhist chants and verses in Arabic from the Qur’an are not to everyone’s liking. This is especially true when both are playing at the same time, as they were in ICU a month or so ago.

That was one of our more interesting days. In addition to these two patients who were both dying, we had two other dying patients—another Vietnamese Buddhist and a Hmong. The family had just switched the Vietnamese patient to “comfort care” several hours earlier, when the family approached me and the nurse, saying to put everything back. We took them to an empty room to sort out the situation, and after a few moments the story unfolded. One of the family had called Viet Nam and had the dying patient’s fortune read. The family was told this was not only a terrible bad luck day for the patient to die, (bad for rebirth) but also would be bad luck for the family. The patient had to be put back on life support to be kept alive.

As we questioned a little further, the family said the patient just had to make it past midnight—then everything would be all right. After talking with the doctors, it was determined that pressors (medication to elevate blood pressure) would keep the patient alive without having to intubate. The patient died at 2 am, to the great relief and gratitude of the family.

Our Hmong patient died earlier that evening. The family was quite nervous. I sat with the one English speaking member of the family, asking her what we could do to assist the family with their funeral customs. I knew they would want to bathe the body and then dress the body in fine clothing. The young woman said yes. So, I asked, could we provide water, soap and towels? “Yes,” she answered.

I then asked “The Question”—”Will you want to bring in the chicken to accompany your loved one?” Her whole demeanor changed. She relaxed, and as a slight smile crossed her face, she quietly said, “No, we can take care of that at home—but thank you for understanding.” (In Hmong culture, a chicken is sacrificed and placed under the bed of the person who has died. The chicken’s soul then spreads its wings, giving shelter and protection to the soul of the person as it goes to await rebirth—hopefully as a member of the same clan.)

Staff has also gotten used to my blessing unusual items, like GI tubes. One of our ICU nurses was dealing with a particularly obstreperous elderly female patient (unusual because most of our ICU patients are intubated and not all that energetic). She kept fighting the nurse as she tried to put the tube in her nose and then down her throat to her stomach. (Actually, I thought that showed remarkably good sense on her part, as that didn’t sound like anything I would want to have done!) After the 5th try, the nurse threw her hands up and left the room.

I asked what was wrong and she told me. Next thing I know, we are in the room, the patient (this is where Spirit comes in) has given permission for me to bless the GI tube, and down it goes. On another occasion I blessed a patient’s new ostomy bag.

Being a chaplain is in some ways much like being a flight attendant. The job is the same, yet always different. Just as I never knew what to expect from one flight to the next, so it is with one day to the next in the hospital. Because of our diverse population, I feel as if I am traveling overseas without the jet lag. Both jobs involve service; however, the nature of the service is light years apart.

With the exception of an emergency landing or an inflight emergency/ death (yes, I experienced two deaths during my career), not much that is done onboard will be of lasting import a year or ten years from now. On the other hand, there are days as a chaplain when Spirit enters the room with me and something mysterious happens and lives are touched in ways that do make a big difference in people’s lives. Such moments leave me with a deep sense of awe, humility, and most of all, gratitude.

I have been blessed because I had a great career as a flight attendant and had many wonderful experiences. Now as an interfaith chaplain, I have the best job in the world.