No Monopoly on Truth 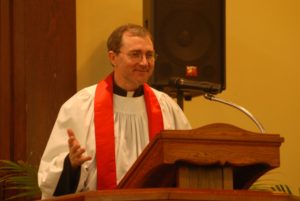 Homily for a CHI Ordination

Last month, I made my first sojourn to Jerusalem. It was an experience that was exactly what I had hoped for, but not at all what I expected. I could easily speak for an hour about what surprised me, but for our purposes today, I’ll only tell you about a couple of things.

Wherever you stand in Jerusalem, the crowning jewel of that beautiful city is the Dome of the Rock, one of the most important mosques in Islam. People had told me it was a must-see attraction. But I soon discovered it would not be so easy. There are about five entrances to the courtyard in which the mosque stands, but the armed guards stationed at those entrances would not allow me to pass. They said the only entrance I could use was on the other side of the city, by the wailing wall. 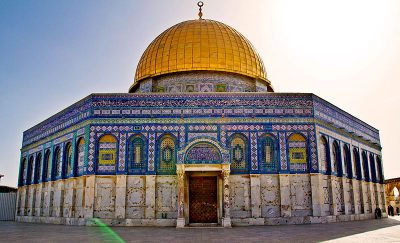 Dome of the Rock, Jerusalem, photo by Chris Flook

So I went to the Wailing Wall and passed through the equivalent of airport security, and finally found myself in the courtyard alongside a gaggle of other tourists. The Dome of the mosque shone gold in the sun, and I marveled at the calligraphy that covers nearly every inch of the exterior of the building. However, I was disappointed when I got to the door. They would not let me enter the building, they told me in halting, broken English, because I was not a Muslim.

I was crushed. I wish I had known one phrase in Arabic, because I would have dropped to my knees and declared, “There is no God but God, and Mohammad is his prophet!” The willingness to utter this one sentence is, as I understand it, the only requirement for becoming a Muslim, and I would have done it if I had known it in their sacred tongue. But I’m pretty sure that for that gatekeeper “Muslim” was pretty synonymous with “Palestinian”, and the puffy white Irish-looking guy with the Franciscan tonsure was not going to be fooling anybody.

It made me sad. The Dome of the Rock is one of the glories of Islam—it speaks to the whole of the world of Islam’s beauty, power, and transcendence. It calls to all people, saying, “Come, taste, and see that Allah is good!”

I was reminded of the scene in the lost Gospel of Thomas where the religious authorities are refusing to minister to those people they do not consider worthy of their instruction. And Jesus, who, as we all know, could really get his righteous indignation on when he wanted to, says, “Curse you, Pharisees! You are like dogs guarding the water trough! You neither drink nor allow anyone else to do so!”

This is not just a Muslim phenomenon, of course. Nor is it a Jewish one. Or a Christian one. Any faith that has regarded itself as the One True Way has defined itself as much by who was left out as by who was allowed in. The unfortunate truth is that, at one time or another, this has been true of most faiths. 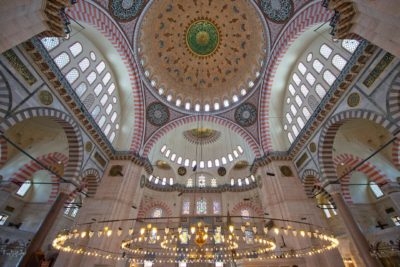 This is what makes the Chaplaincy Institute, and the Interfaith movement we are so proud to be a part of, so special, so vital, so important. Our students are standing up in the marketplace, they are going against the grain, they are bearing witness to a world that defines itself by those who have and those who have not, those what are in and those who are out, and are prophetically proclaiming that one divine, sublime truth that all religions know but have such a hard time embracing: there are no outsiders. There is no “them,” and there is no “us.”

For many people it is uncomfortable to hear that no religion has a monopoly on truth, or wisdom, or salvation. Discomfort can be a good thing.

Our graduates are looking to bring the light of faith and the balm of peace both to those who believe they deserve it, and those who have always been excluded—and to do it without distinction. In this way they are a witness to the world, to our leaders, and to the religious authorities: that divinity is the birthright of all peoples, regardless of religion, or race, or economic status, or gender or sexual orientation, or mental health, or physical health, or even criminal record.

We are calling off the dogs, and inviting everyone to take a drink. Because Allah is good, Adonai is tasty, Brigit is delicious, Jesus is sweet, Shiva is sublime, Buddha is the bomb, Zarathustra is muy gusta.

One other thing that surprised me on the trip. The Church of the Holy Sepulchre is the most holy shrine in all of Christendom. Over here is the spot where Jesus was crucified. Over there the place where he was laid in the tomb. But this church is shared by four different Christian denominations, each of which claim one corner for themselves. Each distrusts all of the others, and they watch each other like hawks for the smallest infraction upon their “turf.” But none of them hold the key to the building. The key is held by a Muslim family, a neutral party, whose responsibility has been, for the last thousand years, to unlock the building in the morning, and secure it again at night.

For me, this is interfaith in a nutshell. As each faith has traditionally guarded the divine as its own special property, the key is held by none of them. The Interfaith movement has a special responsibility: to throw open the doors, and invite all people in. Our ordinands, in each of their own ministries, are already doing that. Our ordained clergy are doing it everyday in a hundred different places.

Thank you for being here, families, friends, partners, loved ones. Thank you for supporting the Ordinands. They can’t do it without you. And this work so needs to be done.