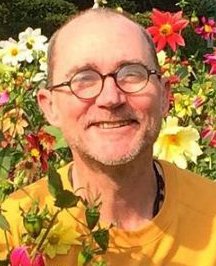 In the writings of sufi poet Najat Ozkaya there is a very curious tale. A merchant was traveling alone through the Sinai wilderness on his way to Jerusalem. As he came over a hill, he encountered two men—so similar that he realized they must be brothers—in the middle of a fistfight.

Putting himself at risk, the merchant got between the dueling brothers and forced them apart. Scraped, bleeding, and panting like dogs, they spluttered and spat, but finally sat back in the shade of a scrub tree and allowed the stranger to mediate.

“What are you fighting about?” The man asked. “It is clear to me that you must be brothers—what could cause such division?”

“It is Allah!” shouted one man, who had a big nose.

“It is a jinn!” shouted the other, who had a scar near his eye. 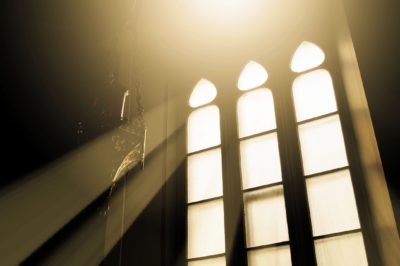 Eventually the merchant got them to calm down long enough to tell him their story. They had been herding sheep together, when they came upon a burning bush from which high flames poured forth, and yet the bush was not consumed. It was the very same bush, it seemed to the one with the sizable nose, that had spoken to the prophet Moses.

“Nonsense!” countered the one with the scar. “It was a jinn sent by the Evil One to deceive us!”

“It is Allah!” shouted the first brother.

“It is a jinn!” shouted the other.

The merchant found that this time, he could not stop their arguing. Finally, the brother with the big nose leaped up and started running uphill. “Where are you going?” called the merchant.

“I am going to throw myself into the fire!” he called over his shoulder.

Meanwhile the other brother was taking off in the opposite direction. “Where are YOU going?” The merchant asked him.

“To fetch a bucket of water to put out that fire before someone gets hurt!”

In this story we see two opposed but very common approaches to the Holy—and experiences of the Holy ARE polarizing. If an experience does not fit into a person’s idea of how the universe works, he or she will want to run far and fast in the other direction, and, like the brother with a scar, may attribute the experience to delusions, or demons, or in his case, “the jinn.”

But others—let’s call them “mystics”—they welcome mystery. They are expecting things to not make sense, they don’t expect or require numinous experiences to fit into some kind of preconceived box. And they don’t take off running when they encounter something mysterious. Indeed, they often seem almost relieved when it happens.

Every day we encounter Mystery. Every day the numinous asserts itself in ways small and almost unnoticeable and in ways mighty and terrible. Usually, however, we don’t notice things that don’t fit into our schema. It’s like the story of the native American who could not see the Spanish galleon anchored off the coast, because it did not conform to anything in his frame of reference. Just so, we encounter the Holy every day, yet we either don’t notice it, or we run screaming from it when we do.

And yet it is precisely these encounters that arrest us, that stop us in our tracks, that persuade us—in ways subtle or dramatic—to change course and go a different way in our lives. Sometimes the Divine comes to us in ways we expect, but these encounters are easy to shrug off. They fit into our frame of reference, and they tend to support our own prejudices and our current behaviors. But sometimes the Divine fills the place with its presence and stops us in our tracks. It confounds us with knowledge that threatens the way we think the world works. It scares us, threatens us, challenges us, confronts us, and forces us to make hard choices.

So what will we choose? Will we jump into the fire, or run for a bucket to extinguish  those threatening flames? Will we say, “Speak, Lord, your servant is listening” or will we put our fingers in our ears and go, “La la la la, I don’t hear anything.”

This encounter with mystery is not just something that you and I face, of course. For those of us in ministry, we watch as the people we minister to come face-to-face with this mystery as well. We watch them waver, and often, we watch them run either for the fire or for the water. And it doesn’t matter what tradition the person we are ministering to practices or follows. That’s one of the reasons I compiled this book on Spiritual Guidance Across Religions. It happens to everyone. The fire is multi-lingual, and people sometimes need help with the translation, even those of us who minister.

This fire calls each of us by name. It tells us the truth about ourselves—truths we would often prefer not to hear. It asks things of us—things that, often, we would rather not do. And whether this fire is perceived of as malevolent or benevolent, it is often scary.

But studying the scriptures of the world’s traditions gives us wisdom for this strange journey. Reading the mystics gives us a framework for what is happening to us. Connecting with others who are also committed to a spiritual path gives us hope and support for when things get weird. And the great teachers—like the Buddha, like Moses, like Muhammad—give us inspiring examples of others who have met this fire, and have come through it—maybe not unscathed, but often made new, transformed, even enlightened by the experience. Walking with them, we build up a tolerance to Mystery. It becomes less scary, and we are able to see what is being offered to us, despite the scariness, despite the cost. We even begin to crave it.

Contrary to popular belief, burning bushes are not rare. In fact, at some point in our lives, most of us will encounter them—often more than once. For those of us who minister, we are privileged to be like that merchant—we get to witness the ways that people react when they see it.

So when we encounter the burning bush—and we will, let us have the courage to walk towards it. And when we encounter someone else frozen in terror before it, let us be sure to take their hand. And let us say, “Don’t be scared. It is GOOD to be by the fire.”

You are the holy flame that burns away the chaff and leaves that which is eternal.
You are the fire that shines in the darkness and calls us to warmth and comfort.
You are the mystery that shines in the heart of all things,
enlightening and challenging, and calling us to be our highest and best selves.
Comfort us and calm us, love us and embrace us,
so that when we see the fire we will want to be near it.
Help us to comfort others, that we may lead them to warmth and comfort as well.
For we ask this in all your bright names.
Amen.