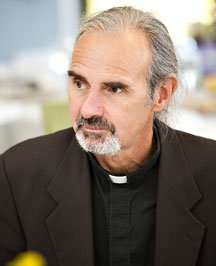 I am not entirely sure why I came to CHI. I’m not a religious person and before coming, had not heard a call to the ministry. It was after coming to Chi that I heard the call—a call to prison chaplaincy—a call to be in communion with society’s outcasts.

I first heard the call while sitting in meditation at Open Mind Zen in Florida. I prayed on it while working at Temenos Catholic Worker, a street ministry in the Tenderloin district of San Francisco. The call was further confirmed over the past year by my experience as a volunteer chaplain at Lake Correctional Institute, a state prison in Florida.

Why minister to the incarcerated? Prisons are thoroughly unpleasant places to visit. They are hot, noisy, uncomfortable, and – obviously – confining. Within their walls there is lots of fear and despair. While many of the inmates are ordinary people who made mistakes and got caught, some of the inmates really did do terrible things.

So, why minister there? I’ll give you some reasons:

1. A captive audience. I confess to lacking total confidence in my pastoral skills. However, in prisons, expectations are low. You don’t have to be smooth or eloquent; all you really have to do is show up and be sincere. 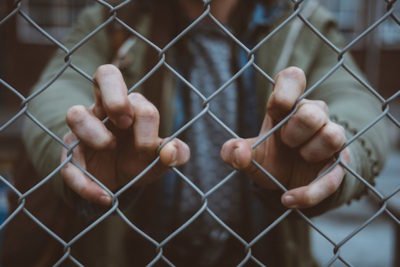 2. In the midst of the ugliness, I have witnessed some moments of real beauty:

• Sitting peacefully meditation with a group of dedicated Buddhist inmates. Looking around the room, it could be a zendo anywhere – except that everyone but me is dressed in blue.

• Going into a hell realm called ‘the mental health unit,’ a place inhabited by inmates who have demonstrated that they would rather be dead than be alive and in prison, and watching another chaplain leading the inmates in singing Zippidy Doo Dah.

• Going into solitary confinement with a Roman Catholic priest, who got down on his knees to serve communion to inmates through the meal slot in the cell.

• Hearing another chaplain, a retired FBI agent, stand up and proclaim, “Yes, I do have a bleeding heart!”

3. It feels good to witness miracles. A couple of weekends ago, I participated in Kairos, a Christian-based prison ministry that puts on an intensive three-day program for inmates (think of it as a men’s retreat behind prison walls.) Thirty-six inmates participated in the program. Most of them were in a state of hopelessness, beaten down by the prison system. But, for the first time in a long time, they were treated as humans—and for perhaps the first time in their lives, they experienced what it is like to love and be loved. Most were emotionally overwhelmed by it. Witnessing this miracle of love was AMAZING.

There is one other miracle I want to mention —a small but personal miracle. In 1841, a sermon was given by Theodore Parker: The Transient and Permanent in Christianity. In a nutshell, Parker argued that the transient is most of the things we associate with religion: the rites, the rituals, the stories, even the story of Jesus. What he considered permanent is summed up in the commandment to love God with all thy heart, and love other people as thyself. Like the Dharma or the Tao, this commandment has its own truth—independent of the authority of the person who speaks it.

If Love is what is permanent in religion, then I think I have finally become a religious person.