Remembrance: The Women of Terezin 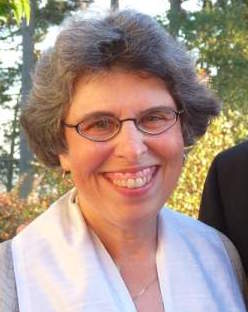 Remembrance is a crucial aspect of Judaism. In the Torah, YHVH, the Unnamable, asks to be remembered more than 150 times.

Since the time of the Torah, Jews repeat the story of the Exodus and liberation each Pesach. Actions of the previous year are remembered at Yom Kippur. Each week is remembered at Shabbot. We are reminded to do mitzvot in accordance with our Covenant with YHVH. Kaddish Yatom is recited in memory of loved ones who have died. And we remember the Holocaust.

This year, 2009, Yom Hashoah, Holocaust Remembrance Day, was Tuesday, April 21. According to Joan Borysenko in A Woman’s Journey to God, Rabbi Nachman of Breslev, the grandson of the Baal Shem Tov who founded mystical Judaism, said, “If you want to find the Shekhina, the Divine Feminine, then you should go to the place where the women tell stories.” 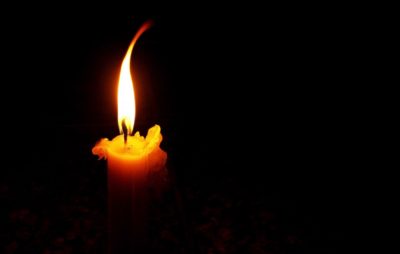 Terezin was a Czechoslovakian concentration camp just north of Prague. Essentially it was the anteroom to Auschwitz where ‘prominent Jews’ were sent. Children and elderly, scientists, musicians, artists, and those who had given distinguished service to Germany during World War I were crowded into Terezin.

The Third Reich beautified Terezin and advertised it as a place to send the elderly and the infirm for safety during the war. Propaganda films were made there. Symphonic music and the children’s operetta, Brundibar, were composed and performed there. Mina Pachter was sent to Terezin because she was Jewish, because she was an artist, because she was 70 years old, and because she chose not to relocate to Palestine with her daughter and grandson. Mina had told her daughter, “You can’t move an old tree.”

In actuality, the death toll at Terezin was staggering. Much controversy remains even today about the Red Cross’ good report after visiting Terezin in 1944. Many have wondered how many people could have been saved if the Red Cross had seen through the sham.

Amidst the horrible conditions of fear, starvation, crammed conditions, manual labor and torture, a remarkable remembrance was born among the women at Terezin. Somehow they found scraps of paper to write their favorite recipes, and a manuscript was hand-sewn.

The level of details in the recipes reveals each woman’s love and care for her family. I can imagine that Mina and the other women shared stories with one another of how the recipe came to them, who they made them for and on which occasions.  There was probably laughter along with tears in the telling, in the remembering. Mothers, grandmothers, sisters and aunts were remembered, husbands, children, fathers, brothers. The women’s souls were nourished by the telling and remembering.

Perhaps when their hunger was most extreme, they imagined Viennese Dumplings or a milk-cream strudel instead of the brown muck they were given. I believe that in the logos of these moments, they were in communion with Shekhina.

Mina, who was a primary author of the recipe collection, died of starvation on Yom Kippur 1944 in Terezin. Miraculously, the manuscript eventually found its way to Mina’s daughter, Anny Stern, who was living on Manhattan’s East Side a quarter of a century after her mother’s death. In Google searches, I discovered that people have actually made some of these recipes and have been touched by carrying on the traditions within their own families, as a way of keeping these women alive in their hearts.

I include Mina Packter’s recipe for cold stuffed eggs as part of the Kaddish Yatom in memory of the Women of Terezin, because the recipe is Sacred Scripture:

May the greatness of YHVH be blessed from eternity to eternity.  Let us bless and let us extol, let us tell aloud and let us raise aloft, let us set on high and let us honor, let us exalt and let us praise YHVH – though YHVH is far beyond any blessing or song, any honor or any consolation that can be spoken of in this world.

May the Memory of the Women of Terezin be a blessing to us.

How to Make Cold Stuffed Eggs: Hard boil 10 eggs, cut them in half. Remove yolks and press them through a sieve. Add 5 decagrams butter, 2 anchovies pressed through a sieve, a little mustard, 34 drops Maggi, 1/8 liter whipped heavy cream, parsley, lemon juice. Now put eggs on a platter. Pour aspic over. Before let fantasy run free and the eggs are garnished with salmon, caviar, capers. One can put the eggs into paper cuffs and serve them with hot sliced rolls.