Sermon on the Mountain of Inter-Spirituality 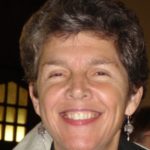 “The One is no other than the All, and the All none other than the One”, declares Sen Ts’an, the Buddhist poet. “God is great, God is great; there is no God but God,” chant the Muslims. Hinduism’s numerous expressions reflect many faces of “the One and Undifferentiated Divine” that pervades all. “Baruch Atey Adenoi, Elu Nanu mella cholum,” and “Praise be the Lord, the Lord our God, The Lord is one”, pray the Jews. “Nothing is as it appears, and yet All is One”, taught the Buddha.

So, what is this thing called “interfaith spirituality”? Inter-spirituality recognizes the essential interconnectedness of everything in the Cosmos. It welcomes the wisdom of all religions, knowing that each contributes certain aspects but none comprehends the whole.

How can any of us ever truly understand that which is by definition infinite, mysterious and ineffable? “The Supreme Being is not named because he is unknowable”, says Navajo artist Carl Gorman.

Nascent buds of a flowering interconnection of spiritual paths can be seen in every direction. Just look around you. “Spiritual hybrids” are coming out of closets like never before. Now, along with Jews for Jesus, we also have Jew-Bu’s, Is-Bu’s, Hin-Su’s and Bu-Slam’s; Jew-Su’s, Prot-Bu-Caths, and Jew-Slams.  Jews and Christians are sneaking into Buddhist centers to meditate. Hindus, Moslems and Buddhists are attending Unity and Religious Science Churches that, while founded by Christian leaders, are interfaith in theory and practice. And if that doesn’t blow off your Yamaka, Catholics and Protestants are becoming Whirling Dervishes! All of this is no less than a spiritual revolution in consciousness. 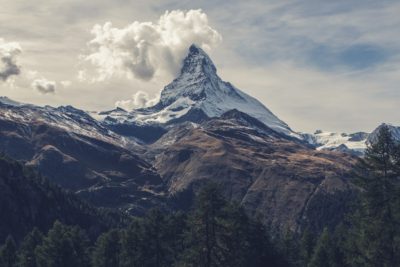 I, myself, am proud to be one of these spiritual hybrids. Born into an agnostic reform Jewish family, on occasion I still delight in lighting Passover and Hanukah candles—only instead of davening like my Hasidic brethren, I choose to meditate on my Hindu TM mantra. On some Sundays I attend the Interfaith Church of Religious Science, where I say spiritual mind treatment prayers. Other weekends I find myself at the Berkeley Zen Buddhist Center, working to further my enlightenment by focusing on my breath.

While part of me still imagines a Judaic-Christian heaven, another part of me is hard at work on expanding my consciousness so I can avoid the Hindu cycle of reincarnation. Although I was born a Jew, I have never believed that I or my people were the “chosen ones,” rather, I agree with the philosophy of the East that the Divine is within all beings.

Reza Avasteh, an Iranian Sufi psychotherapist, voiced an inter-spiritual perspective when he said, “True integration in an individual requires the person to become more transcultural and universal, rather than being stuck in one tradition.”

With this in mind, I will now close by inviting all of you now to bring your different religious practices and theologies onto one Big Mahayana Raft, so we may imagine sailing off together to Nirvana. Bring on board with you the miraculous, unique expression of Spirit that you are, and help co-create an age of Inter-spirituality, a world where the leaders of countries and CEOs of major corporations all recognize that we are part of One planet and One Source—just as the many different instruments of an orchestra play their own unique parts while simultaneously creating a single symphony of sounds.

Envision that in this new world we all share common goals and values, so that countries and corporations stop competing out of power and greed, and instead promote peace. Let us open our Divine Mind to a change in consciousness that insists upon universal well-being; health, education, care for the elderly, the end of homelessness, poverty and hunger, the death of racism, homophobia and misogamy, the cessation of violence, the disappearance of war, the removal of our sons and daughters from the battlefields forever, reuniting them with their spouses and children where they belong; the countries of the Middle East working together to rebuild broken homes and shattered souls; and Muslims and Jews holding hands while Sufi-dancing on the streets of Jerusalem.

Envision this new world, and then when you leave here today, bring this vision into your respective lives and communities. Embrace it in your prayers, sing it in your songs, echo it in your affirmations, create it in your art, teach it to your children, and yell it out loud on the streets so that every ear can hear.

Come close now, and let me tell you an unspoken secret of inter-spirituality as I see it. The truth is and has always been that the Messiah is not coming any more—so stop waiting for Her! The Messiah, my friends, is already here. The Messiah is you and me, waiting to be known, set free, and actualized once and for all. One world under God, one Divine community, every string, space and subatomic particle of you and me and everything around us delighting in its myriad parts.