The Divine Pomegranate: One Fruit, Many Seeds 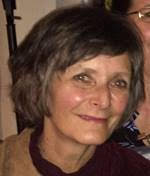 Hinduism began shaping my spiritual heart when I was in my teens, in the streets of Seattle. A group of Hari Krishnas paced and prayed in Pike Place Market, one of my first and favorite haunts as an independent teenager. I loved the drums, the tennis shoes and haircuts. More than that, though, was a feeling of butterflies hatching from a place I was just remembering.

Little did I know that this introduction to kirtan and Hinduism was just a sliver of what would grow into lush and verdant branches, over several more decades.

The direction of my spiritual path has often been guided by dreams. One night I dreamt that a wise being handed me a little black book that was to become a lamppost in my life. The next day I felt compelled to leave my 9th grade English class abruptly, mumbling an excuse to my understanding teacher (the same teacher that brought me to the Dharma). I drove into the city, heading for a well-known and well-worn bookstore. My arm dove into the shadows of a second layer of old books, and there it was: a very old, black hardcover translation of the Bhagavad Gita. I was amazed and my heart swelled with emotion, as I shed some of my first tears of recognizing a deep connection to truth and wisdom—on levels both known and unknown.

Reading of Arjuna’s challenges took the floorboards out of my life and exchanged them for devotion. (It was a joy to go back to my old copy for this Hinduism module and see my juvenile scrawls in the margins!)

Around this time I became engrossed in Ram Dass’s Be Here Now. Love, surrender, recognition, devotion…layer by layer the story, language and images from that book pushed some kind of reset button in my soul’s recognition of itself. The mantras from Be Here Now became my inner sound, as well-worn as favorite pocket rocks. I maintained or returned to mental stability with them. I sang them when driving. I hummed them with my horses. Late at night I would have visions of deities as the mantras droned.

Not only did that book change my life, it also opened me up to one of my first teachers, Neem Karoli Baba. I began having dreams of the “fat man on the blanket,” each which was a teaching or transmission of some kind. Neem Karoli Baba was known as an incarnation of Hanuman. Hanuman also began showing up in my dreams, changing shape and form magically, giving guidance and playing in the winds of my dream and real-time. 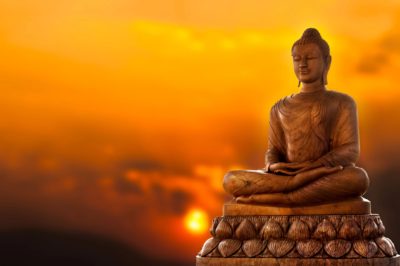 When my root lama Ven. Dhubthob Rinpoche stayed with me for a month, we went to house blessings at the homes of many of Neem Karoli Baba’s satsang. It was a joy to hear Rinpoche talk about the connection between Hanuman and Chenrezig, as well as the relationship between other Hindu and Buddhist deities.

I also began dreaming about Sri Ramakrishna. In a similar book-finding mission, I obtained a beautiful copy of The Gospel of Sri Ramakrishna, which became my constant companion. Sri Ramakrishna’s falling into rapture at seeing a cow “because it reminded him of Krishna” really appealed to me. How convenient to see the bliss of God/Spirit in every moment! This would become my goal, supported deeply with all that came into my spiritual life afterwards.

Sri Ramakrisha’s teachings emphasized “both/and” as opposed to “either/or.” A pomegranate is one fruit but many seeds. I still see Hinduism and Buddhism not as polytheistic compared to Christian faith traditions, but as facets of the same Oneness—in a more magnified view.

Step-by-step, as with the famous Zen Ox herding Pictures, the study of Hindu masters and classics opened and continues to open a very devotional part of my experience. One well-seasoned friend said, “Susan, you are a bhakta of the first degree! It is not just the dharma you love, it is god!”

Stories and teachings from such great Hindu masters as Neem Karoli Baba, Sri Ramakrishna, Sri Nisargatta and others have completely and eloquently supported my long-time study of Tibetan Buddhism. Equally, the heart opening love and kriya I have felt from the teachings of those saints have given me the experience of the vast devotion and faith in the path and fruits of the teachings. Surrendering to these different manifestations of wisdom has given me great strength in trying times, and has ultimately helped me make a new bridge that reconnects me with my early Christian roots.

My experiences with Hindu and Buddhist teachers, philosophies and practices have formed two main pillars in the temple of me. On the feeling level, Hindu teachings and deities bring a different kind of joy and celebration that is integrated into the darkest corners of my being. This helps balance some of the practices of Tibetan Buddhism which are more like a chair in the room, commanding a solid presence, making room for devotion and bliss in a more calculated, almost solemn way.

I celebrate all the ways Hinduism has shaped my core expression of spirit. Being a bhakta has been a blissful existence for me and is a big reason why I am loving my journey into Interfaith Ministry.